The feature seems to be exclusive to Samsung devices 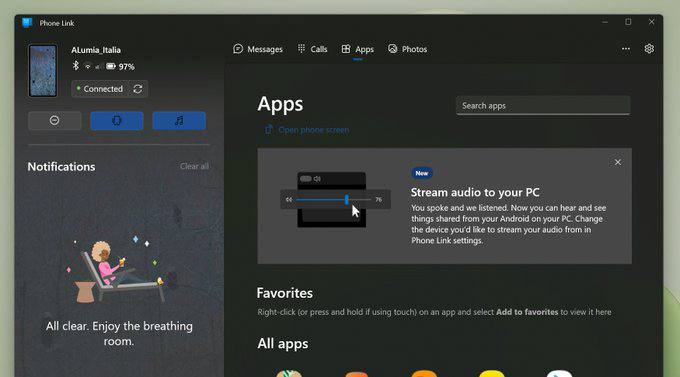 The new feature, which hasn’t been referenced yet by Microsoft, was showcased by blogger @ALumia_Italia, and is called ‘Stream audio to your PC,’ according to XDADevelopers.

“You spoke and we listened! Now you can hear and see things shared from your Phone on your PC. Change the device you’d like to stream audio from in Phone Link settings,” reads the app.

Stream Audio to your PC pic.twitter.com/cI0meDHdMl

According to @ALumia_Italia’s Twitter thread, the feature requires a Samsung phone on Android 13 to function, and is currently only available on Windows’ Insider Beta Channel. The screenshot also shows an ‘Apps’ section, which only pops up when select Samsung and Surface devices are connected to Phone Link, further implying that the feature is likely not available on all Android devices.