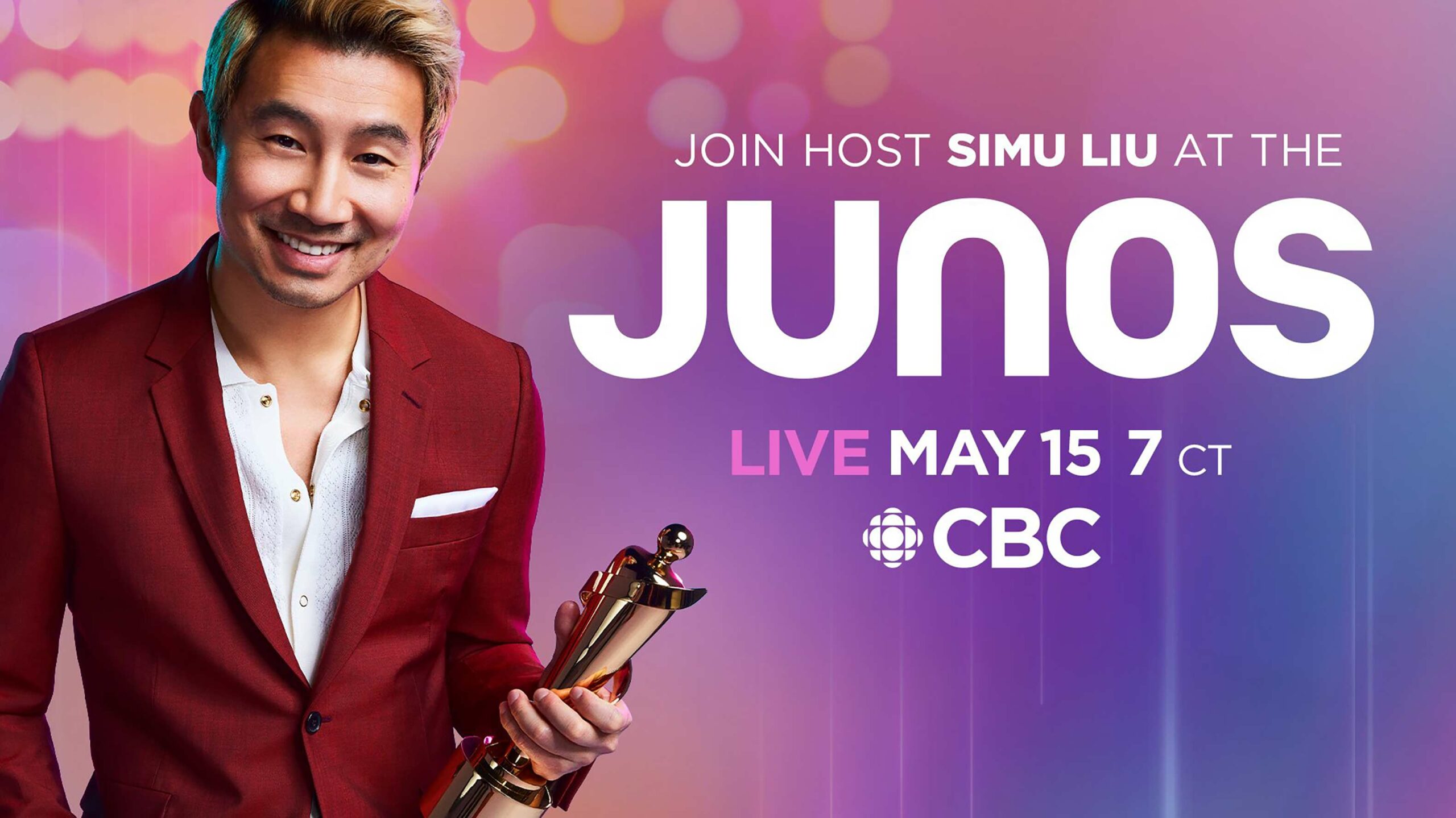 The biggest night in Canadian music is nearly here.

On Sunday, May 15th at 8pm ET/5pm PT, the Canadian Academy of Recording Arts and Sciences (CARAS) will hold the 51st annual Juno Awards. For the first time, the ceremony will take place in an outdoor venue, Toronto’s Budweiser Stage.

Mississauga’s own Simu Liu, star of CBC’s Kim’s Convenience and Marvel’s Shang-Chi and the Legend of the Ten Rings, is hosting this year’s Junos.

Those looking to tune in can do so through a variety of CBC channels. Specifically, the Junos will air on CBC TV, CBC Gem, CBC Radio One, CBC Music and CBC Listen. The show will also be streamed globally on CBCMusic.ca/junos.

The full list of nominees can be found here.

Meanwhile, some of the artists performing at this year’s Juno Awards are the aforementioned Cardin, as well as Napanee, Ontario’s Avril Lavigne, Hamilton, Ontario-formed band Arkells and Montreal band Arcade Fire.

Finally, Pickering, Ontario’s Shawn Mendes — who is up for awards, including Album of the Year and Artist of the Year — will make an appearance to receive the special International Achievement Award.