Several phone manufacturers added some form of motion photo feature to their phones a few years back. Although the name changes from smartphone to smartphone — some call it Motion Photo, Live Photo, Moving Picture, Top Shot, or whatever (I made up one of those, guess which one) — the main benefit is the same: images move.

Here’s the thing: I used to turn motion photos off all the time because I thought it was pretty useless. Who wants pictures that move? That’s what videos are for. At least, that’s how I felt until I became a dad — now, motion photos are indispensable. The feature has saved so many pictures I’ve snapped of my very, very wiggly daughter because even if I don’t get the shot, it’s probably in the motion photo.

Because of that, I’ve been making sure motion photos are turned on whichever device I’m using (currently, that’s the excellent Pixel 6a). Below, you’ll find a brief overview of how the feature works and steps to enable it on some popular smartphones.

Motion photos rely on a pretty complex mix of machine learning (ML) and software trickery, but the basic premise involves capturing a short video when people press the shutter button. The thing is, a video is just a stream of pictures stitched together, and most modern smartphones already capture a bunch of photos when you press the shutter button for things like HDR.

That’s a very simple explanation, of course — there’s a lot more to it. Google has a whole blog post about its motion photo tech, which does a great job showcasing some of the complex ML work going on in the background — it’s likely other manufacturers use similar systems.

It’s worth noting that some parts of motion photos are fairly consistent across devices. Regardless if you use an Apple or Android phone, you should be able to play a motion photo by pressing and holding the photo when you view it in your gallery. Moreover, I’ve noticed the actual photo often looks better than the motion photo, in part because the photo generally gets the full benefit of image processing and HDR, while the motion photo doesn’t.

How to enable motion photos 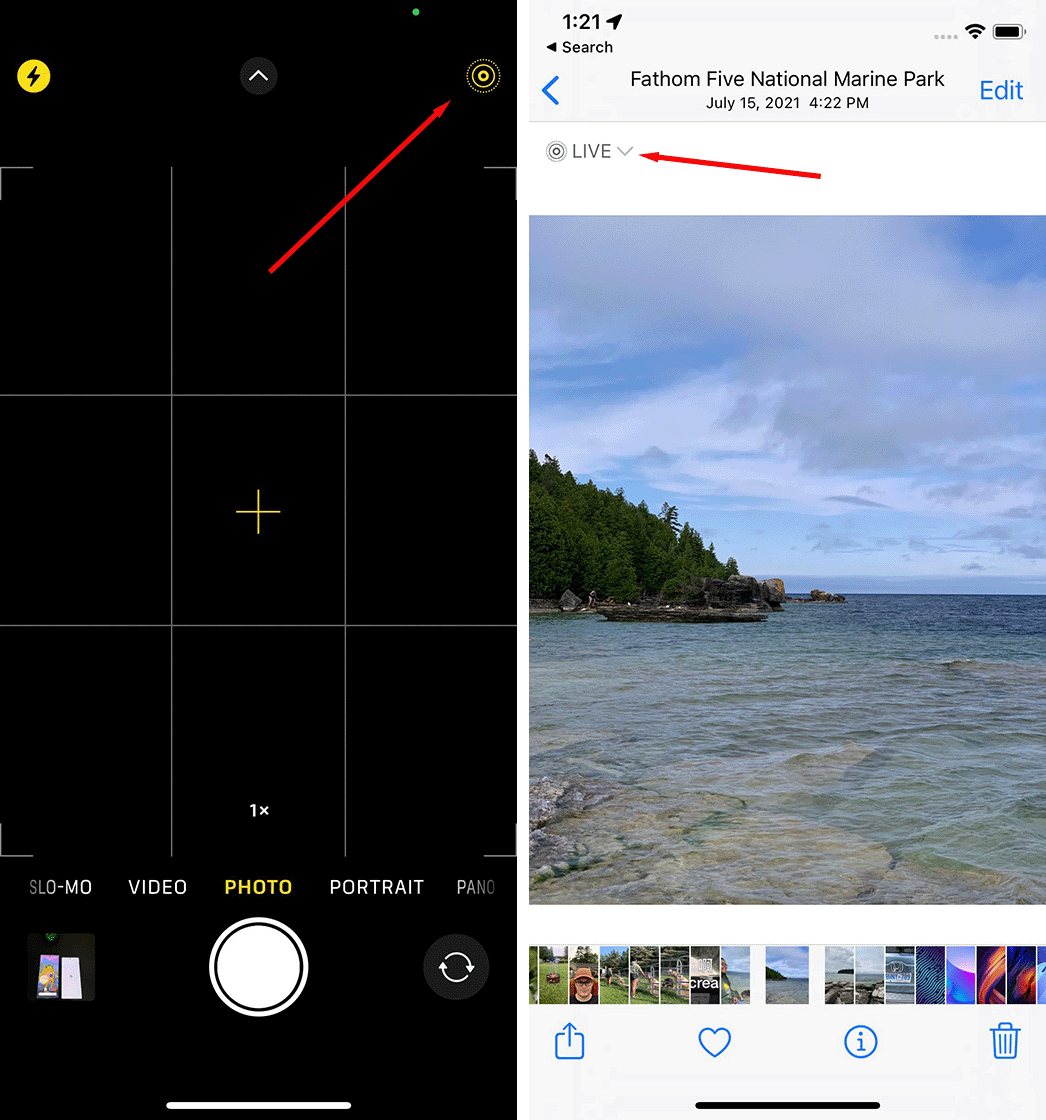 In the Apple Photos app, look for the ‘Live’ icon in the top-left corner when viewing a picture to tell whether an image is also a Live Photo. 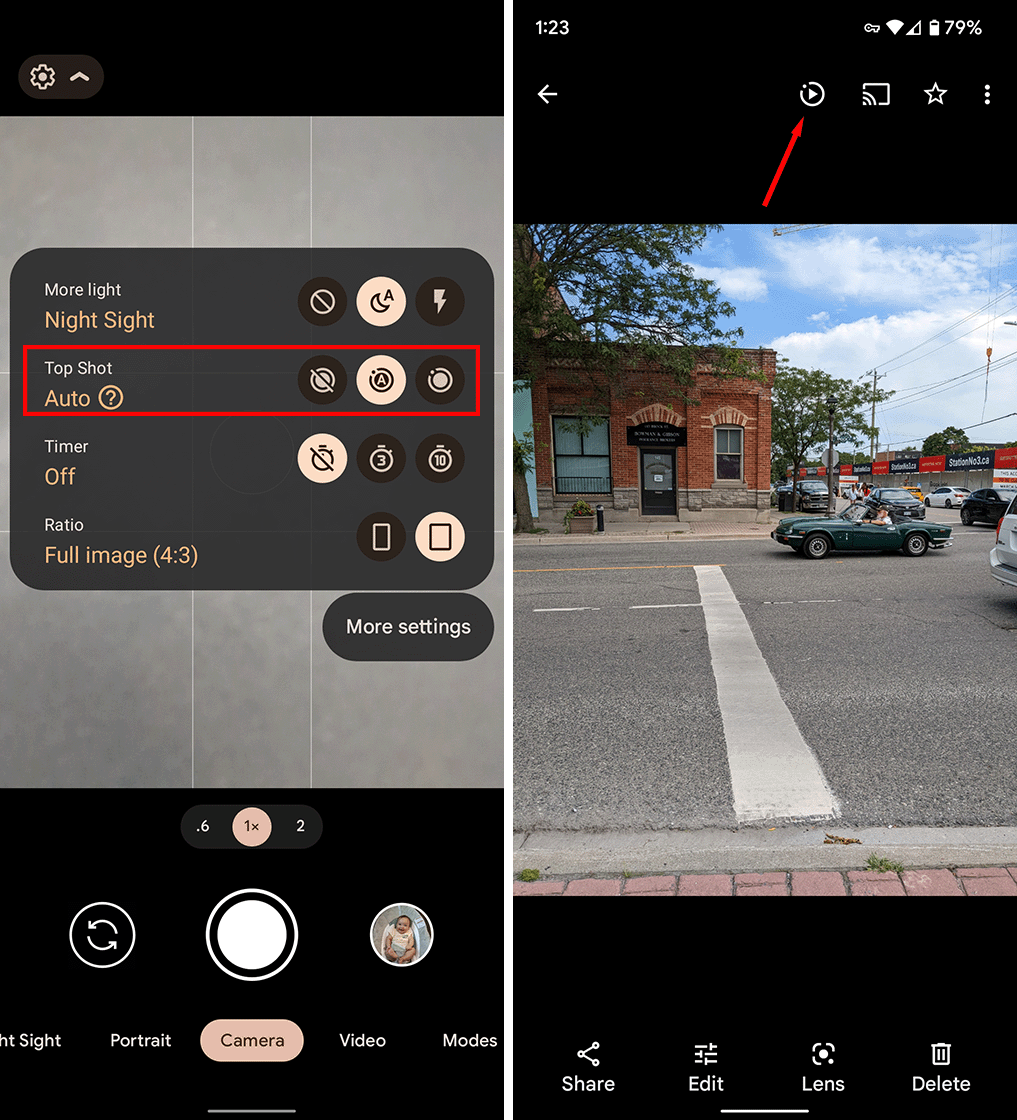 Google wrapped its motion photo feature into something called ‘Top Shot’ when the Pixel 3 launched. Top Shot adds some extra functionality to motion photos, such as automatically suggesting the best picture based on everything captured with the motion photo. This is part of what made motion photos such a lifesaver for me since I could snap a picture of my daughter and then use Top Shot to pick out the motion photo frame where she’s actually still smiling.

In the Google Photos app, look for a circle icon with a play button in it at the top of the screen when viewing a photo (usually next to the Cast button). This icon marks which photos have motion — you can press and hold the picture, or tap the icon, to play the motion.

To view a motion photo, look for the ‘View motion photo’ button in the Samsung Gallery app.